There were logo lip rings and mullets in Provence. 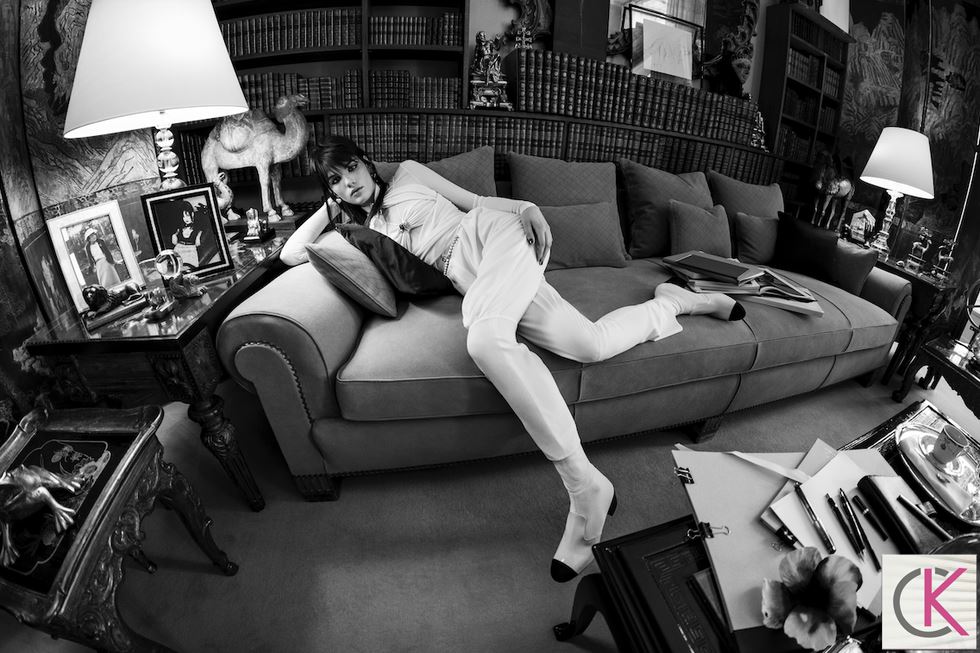 For its cruise 2021 collection, Chanel creative director Virginie Viard transported audiences through time to a chic post-apocalyptic wasteland – and it was as poignant and whimsical as you would expect. The maison set the scene with the chiseled walls of France’s Carrières de Lumières in Les Baux-de-Provence, with crisp and clean silhouettes on offer, that weren’t without some sort of punk inspired adornments. There were logo-embellished lip rings, quilted thigh bags, fishnets, acid-wash denim emblazoned with the same chalky motifs found on walls of the collection’s backdrop. But even more interestingly, was how well the rock ‘n roll emblems paired with the house’s signature tweed and classic tailored designs. 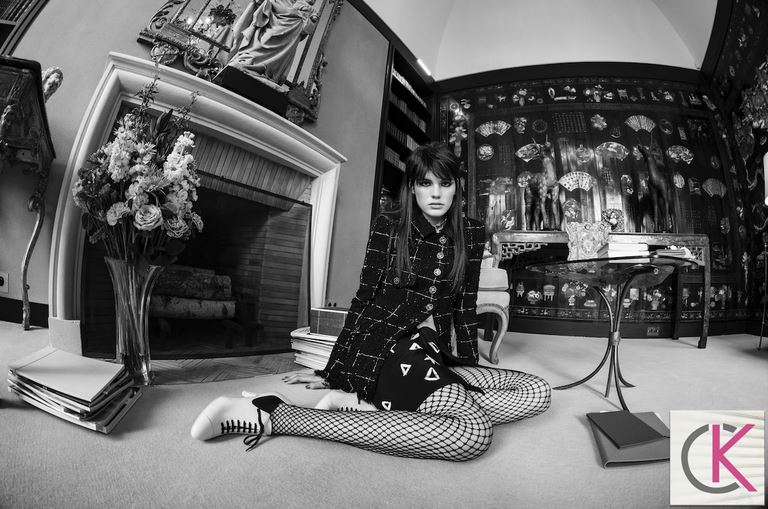 Drawing inspiration from French literary Jean Cocteau’s 1960’s film Testament of Orpheus, the storied fashion house’s Cruise 2021 collection finds the balance between its future and its past. Viard channeled the artist-poet’s phantasmal approach to navigating space and time with a primarily black and white lineup (with few exceptions), proving yet again that she understands the devil is in the details. “The precision and the poetry of Cocteau’s film made me want to create a very clean collection, with a very distinct two-tone, made up of bright white and deep black.”
Marrying some of its most memorable design codes with a sense of rocker edge, the iconic fashion house also debuted a short film captured by Inez Van Lamsweerde and Vinoodh Matadin to celebrate Chanel’s cruise 2021 lineup. The six looks included in the collection’s press kit were all photographed at Gabrielle Chanel’s recently restored apartment, 31 rue Cambon to fully encompass the brand’s rich heritage, while paying homage to its matriarchy. It was in this home that she stored her beloved bestiaries–think lions, female sphinxes, and deer–which have since become a longtime symbol of the powerhouse name.